There was a terrifying incident of random violence at an elementary school in North Carolina last year.  Seven young children sustained horrible and painful injuries.  Hundreds more children in the school will share with them the mental and emotional trauma of this unforeseen attack.  Flesh was torn and blood was spilled.  Hearts pumped fear and adrenaline into every person who was on the scene and none will ever forget the frightening attack for as long as they live.

But this time the deadly weapon unleashed on the children of an elementary school was not an AR-15 assault rifle.  It was a violent Pit Bull Terrier that escaped his fenced yard.  I wonder what we’d do if there had been 250 pit bull attacks on children inside of their schools since the beginning of 2019 .  That’s more than one attack every day of the year – spread all over the country.   As much as America loves dogs, I have a hard time imagining that we would take the same weak-kneed, limp-wristed, chicken-hearted approach to ending all of these school dog attacks as we have taken on ending mass shootings.  We’d find a way to make it stop.  We’d find a way to hold people responsible for their actions if they had any duty whatsoever to control the dog that burst through a door and set upon running and screaming children.

Almost everywhere in America a dog owner can be held strictly liable for injuries caused when his dog attacks someone.  So what will happen to the owner of the dog that terrorized the children in Charlotte – which thankfully didn’t kill anybody and was wearing a collar with an identification tag that led authorities to the owner?  When his vicious breed dog wandered onto the school grounds and decided to chase children off the playground and into the school the law attached full accountability to him because he was responsible for keeping that dangerous animal away from people who in no way consented to coming into contact with it.  Once the dog got into the school it did what dogs of his breed tend to do: it bit people.  And then people did what they do: wondered how in the hell this horrible incident happened.

My legislative fantasy would be that state legislatures across the nation would apply the broad concept of strict liability to gun sales and gun ownership that apply to vicious dogs.  To wit: if you own or control a gun and that gun ends up being used illegally, then you are held liable for damages civilly and criminally.  This eliminates the stomach churning excuse for the Sandy Hook shooting that the owner of the gun had it “stolen” out of a locked case by her son – who just turned out to be a sick murdering bastard who just felt like killing 1st graders one day.  Mom had an AR-15 handy so why not?  Those parents are still mourning their children three years later. 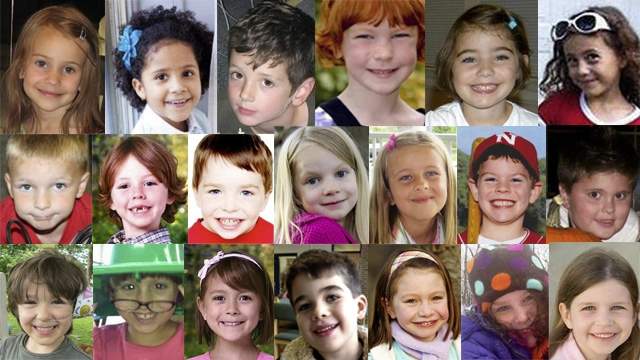 But in my utopia of personal responsibility and civic accountability, it wouldn’t just be private gun owners that would be on the hook if some loony-tune commandeered their gun and committed a crime.  That’s not nearly good enough.  The gun SELLERS have to be on the hook, too.  To wit: if a gun seller sells a gun to somebody who fails any part of a background check or is not qualified by law to purchase firearms, then that seller could face both civil and criminal liability.

Even though this is a legislative fantasy, my reflexes are still to be fair.  Accordingly, I would never suggest holding a seller to any standard above what the citizens of that municipality hold as their standard for public safety.  That’s just not cool and as long as guns are legal, duly licensed businesses have a right to sell them.  But if people who decide to deal in weapons of war are held to the same standard as people who decide to house inherently dangerous animals, we are very likely to see the landscape change as it relates to gun violence in general and mass shootings in particular.

And just as a radical notion:  there are municipalities and residential districts that have banned pit-bulls altogether as a matter of public safety.  Evidently, those communities concluded that a man’s right to own that deadly dog did not trump the rights of the other residents to be free from the threat of attack by that dog.  And those areas still allow dogs but don’t have pit bull attacks.  Go figure.

One thought on “The Pit Bull, The AR-15 & American Accountability”

Leave a Reply to The View from the Armchair Cancel reply