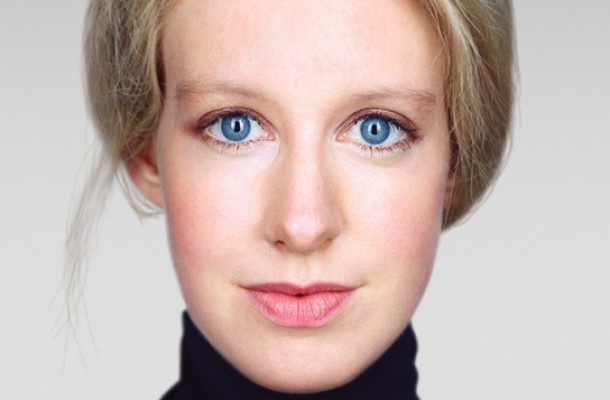 The incredible story of Theranos has been all over the media lately.  And with good reason.  The 10 billion dollar fraud that was Theranos is the best microcosm of American culture since the O.J. Simpson trials.  Both of these irresistible flashpoints in contemporary American life exposed design defects in our culture that we love to pretend are not there but far too often rise up and bite us in the ass because we have failed to deal with them.

In the case of Theranos founder Elizabeth Holmes, the problem literally started with blood.  Not the drops of blood that she had drawn from hundreds of thousands of people and pretended to test for diseases with her sexy black box, but the blood that runs through her veins. 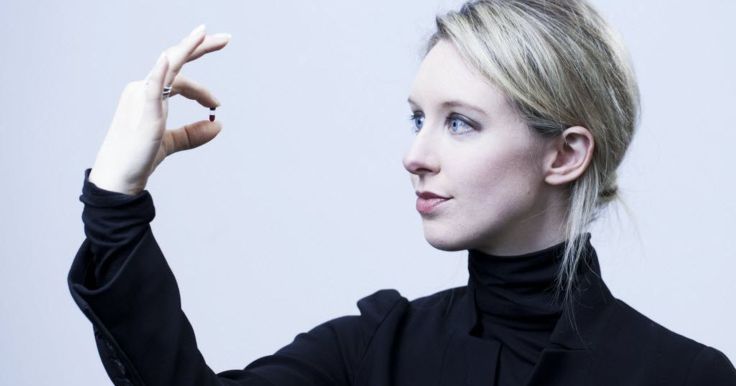 Evidently, famous billionaire investors like Don Lucas and Tim Draper were inspired to sink millions of dollars into Ms. Holmes’ start-up blood diagnostics company because “her great-great grandfather was an entrepreneur and- as it turns out- the local hospital in her town was named for her great-uncle- so there you have medicine in her blood as well.  So  you see you have both things that you need and she came about them both quite naturally.”  Don Lucas spoke those utterly ridiculous words about half-way through the HBO documentary “The Inventor: Out For Blood In Silicon Valley.”  In doing so Lucas gleefully exposed the first of three huge defects in American culture:   Lineage equates to opportunity, even fairy-tale lineage like that of Elizabeth Holmes.  The truth is that placing a value on family lineage is really just a short-cut for lazy people and institutions to fill out their team rosters and valued spaces with people they already feel comfortable with.   And it keeps the mythology of meritocracy alive and well.  Based on what we have learned about this young woman it is likely that her lineage as reported is a complete fabrication.

For his part, Tim Draper was the first to just hand over a million dollar check to Ms. Holmes, who was 19 years old at the time and a college friend of his daughter because it is his practice to “look at the person and decide if this is the person who has what it takes to make it work.”  Who knew that dropping out of Stanford University in less than two years was such a harbinger of success?  As it turned out Elizabeth did NOT have what it took to make it work- not anywhere close.  She did, however, have what it took to get old wealthy white men to drown her in cash like rappers at a strip club making it rain. 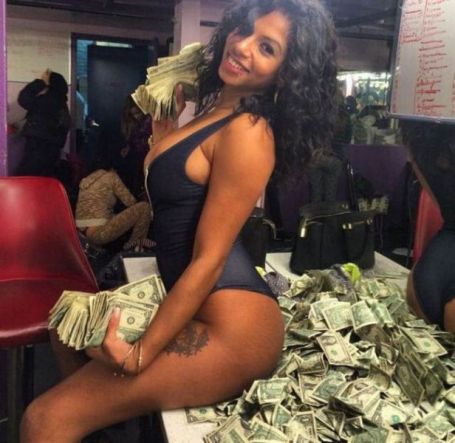 What HBO’s “The Inventor” and ABC’s fantastic podcast “The Drop Out” both gloss over is this simple fact:  Elizabeth Holmes was every old white man’s wet dream.  She was a young, tall, slim, buxom blonde with freakishly large, bright blue eyes.  She doesn’t do it for me but then again I don’t have a hundred million dollars to stuff into her G-string so I’m sure she doesn’t give a damn about my preference for brown sugar.  But she had a near magical ability to get these old men to open their vaults to her just on spec.  She raised a billion dollars without ever showing anybody an audited financial statement and without ever allowing anybody to look inside the magic black box that she claimed could perform the miracle of testing for thousands of diseases accurately on just one drop of blood.  It should be noted that real scientists and medical engineers insisted from the start that what she proposed her mysterious black box could do was simply impossible by the laws of physics and thermodynamics.  Whatever the hell that means.

So these men made this young woman a billionaire just on how their “gut” reacted to her.  And since Rupert Murdoch, Robert Kraft, The Walton family and George Schultz were among those who handed over in excess of a hundred million dollars apiece to fund Theranos we are talking about a SERIOUS gut reaction.  Apparently Elizabeth’s true genius was her decision to conjure up the deepest baritone voice you’ve ever heard come out of a woman’s throat to add gravitas to her character and mitigate the snow-bunny or beach-babe images running through these men’s minds as they wrote the checks.  It is also rather clear that they were also taken in by the all-black wardrobe that made her look like a sexy chick version of Steve Jobs. 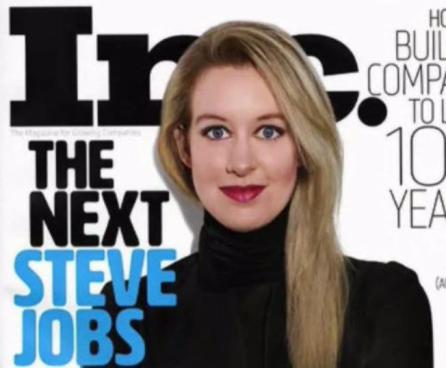 But that is exactly the point and the second of America’s three cultural design defects:  Image has supplanted substance at the most influential levels of American life.  Theranos reached a market valuation of ten billion dollars off of NOTHING REAL.  It was all stagecraft.  Costume,  lighting, set-pieces, script and most important of all casting.  The troubling tale of Elizabeth Holmes and Theranos is the very definition of smoke and mirrors.  The show she put on completely fooled many of the men who are held up as America’s most competent, most responsible, and most substantive.  But these men were pre-programmed to buy into Elizabeth Holmes and she knew it.  Take her exact same profile and change her last name from Holmes to Hernandez and she would have never gotten to first base with her bullshit story.  Ms. Holmes was parading around with a white lab coat on like she was some kind of a seasoned scientist when she actually finished only three semesters at Stanford University.  It is one thing for some tech nerd or social visionary like Steve Jobs or Mark Zuckerberg to drop out of school to leap into a start-up but those guys were not claiming to be scientists and working on projects that were aimed at people’s health.  But that didn’t bother these men- after all her great-great grandfather and her great uncle had something to do with medicine and entrepreneurship so she was a safe bet, right?

And the answer to that question brings us to the third and the most disheartening cultural defect of all exposed by the sham that was Theranos and is Elizabeth Holmes:  Americans love to be lied to.  We love to be lied to so much that we will lie to ourselves when presented with the truth.  We would rather drink sweet lies than swallow bitter truths.  That defect is as responsible as anything else for why America spent years lauding and applauding Elizabeth Holmes from New York to D.C. to Silicon Valley and all points between for nearly a decade. 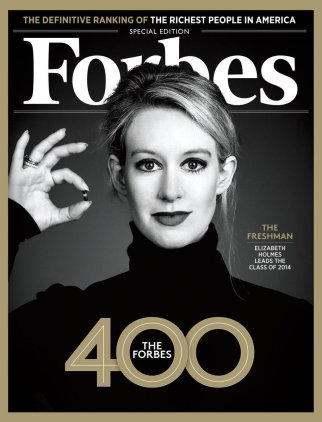 It is also why our politics have fallen into parody and why our infrastructure is literally crumbling around us.  And I don’t just mean our physical infrastructure- I mean our social infrastructure.  Americans invest a lot of time and energy insisting that we are the best nation in the world thus justifying our position of privilege on the world stage.  Precious few statistics back up our claims while contrary facts stare us dead in the eye. We have a committed serial liar heading up our government and it appears that almost half the country is perfectly happy with it.  The men who helm many of our religious institutions have abused our children and violated our trust for generations.  Many of the men who are sworn to protect and serve the public are being exposed repeatedly as corrupt, predatory and even murderous all over the country.  And the men held up as titans of industry and masters of markets are raping and pillaging our economic institutions with impunity.  Yet in each and every case their denials are welcomed because their lies are irresistible to us.  We love the lies and so the fraud goes on.

So it was with Elizabeth Holmes and Theranos, so it is with US.