Pollsters and pundits have been expressing great exasperation these days with one of the core findings in every new poll that they run on Republican voters.  They are finding his “base” voter is durable and unimpacted by the avalanche of negativity surrounding this peculiar president and his uncanny knack for generating it and at times even directing it.  They seem especially shocked and dismayed by their finding that among those identifying themselves as “Evangelical Christians” his support is the highest of all groups- historically high in fact.

To borrow one of their nonsensical biblical phrases, it is probably easier for a pollster to find a camel that can pass through the eye of a needle than to find an Evangelical Christian that would vote against Donald Trump.  In street terms, Evangelicals are Trump’s bottom bitch.  Just like in the Blaxploitation pimp flicks, they are the bitch he can always count on to be down for him- no matter who else has  dropped dime to the cops or snitched to the DA; no matter what other bitches have cut and run for the greener pastures of another pimp; no matter how lean his pockets have been since the man framed him and put them phony charges on him; when it REALLY gets hard out here for a pimp that bottom bitch is THERE and she ain’t going NOWHERE. 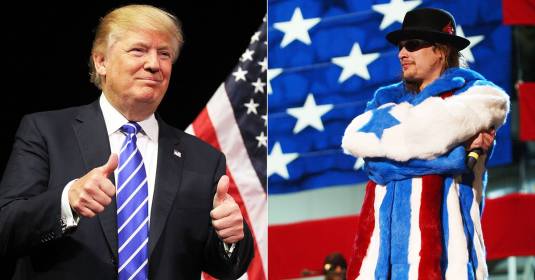 And so it is with our fellow citizens who roll with the Rolls Royce driving, G-6 plane flying, Rolex watch wearing men of the cloth who preach the prosperity gospel from the pulpits of America’s mega-churches.  Of course these people love Trump- he’s a lot like the celebrity pastors except he’s semi-literate and doesn’t even pretend to seek God’s approval much less forgiveness.

The only thing surprising about these polls is that pundits continue to be surprised by them.  Back up for a second and think about the core characteristics of Evangelical Christians:  They are practiced in believing stridently that which is entirely unbelievable to others.  They are accustomed to the “us against the world” mentality and welcome the scorn of non-believers.  They are practiced in following the leader of their flock no matter what he does, no matter where he goes and no matter who objects.  They have a moral superiority complex that allows them to believe they should dominate others while justifying the indefensible and rationalizing the unspeakable-  so long as they can tie it to their beliefs.  They believe that “God works in mysterious ways.”  These people are tailor-made for this guy.  They love him a thousand times more than Mike Pence because he wields the power like he’s entitled to it and they really get off on that. 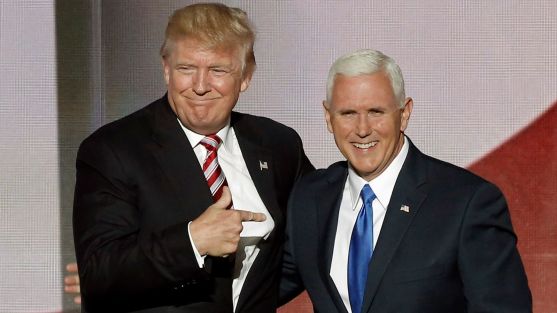 I’ll give them a little credit on that “mysterious ways” thing because the way Trump has rat-fucked America anybody would find it entirely mysterious for this episode to be a part of any master plan for good.  But the rest of that bullshit is crazy and it leaves them entirely incapable of behaving responsibly as political actors.  I understand that pretty much all Republicans are still riding the Trump-Train and it may seem unfair to target this one community.  However, not only do Evangelicals express the most enthusiastic support, they are willing to openly admit that they don’t give a damn about any of his past conduct and they are prepared to excuse current misdeeds- just as long as he “gives them what they want.”  So there are no principles or values involved in electing a leader for them- it is purely transactional.  That is very Republican of them so they should just say that.  I remain convinced that Paul Ryan would sell his wife and teenage daughter to R. Kelly for the right kind of tax cut.

Ostensibly, what they really want is the appointment of “conservative judges” that will outlaw abortion and “protect the church from secularist attacks.”  And anybody with any knowledge of either issue is well aware that both of those objectives are complete bullshit.  Abortion is a cultural boogey-man that will never go away regardless of whatever laws they pass and they know it because they get them as much as anybody else does.  What they really want is to be able to tell other people what to do so that those people have to live under their rules and guidelines. 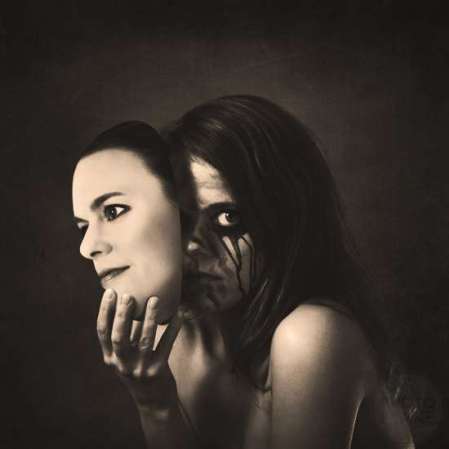 That is what is means to be an Evangelical after all- converting others to adopting and practicing your beliefs.   And as long as the church is sitting on hundreds of billion of dollars of tax free assets anybody claiming the church is under secularist attack can kiss both sides of my ass.  With all of the political activity of the church they have no goddamned business holding a tax exemption that no politician dares attack for fear of looking like the spawn of Satan.  Considering what these people are willing to let slide in order to advance their cause, maybe they are the ones truly promoting evil in this world.  That is a fair assessment.

Whatever the case, Evangelicals have been fully exposed by the Trump presidency.  They are either just as evil and rotten as he is at their core, or they are simply full of shit and have been selling a jive-ass story in political circles since the very beginning of our national dialogue.  Because their Almighty Donald Trump is a committed liar, hedonist, glutton,  idolater and adulterer they are henceforth banned from ever uttering the phrases “family values” or “Christian values” in a political context again.  Judges be damned- literally.   If they actually believe that anybody outside of their right wing cult will ever be moved by that bullshit again it is only because they believe that everybody is just as corrupt and hypocritical as they are.  Judging by what we have seen recently about  what has been going on for decades in the largest and mot powerful religious institution in Pennsylvania I highly doubt that is possible.