I was watching FX’s new drama ‘POSE’ with my girlfriend earlier this week and I had a seriously uncomfortable moment.  My discomfort was not triggered by the subject matter itself: ‘POSE’ revolves around the lives of homosexuals, transsexuals and drag-queens in 1980’s New York City at the height of the AIDS epidemic.  What was so uncomfortable was that I am not accustomed to being impacted with such force by a television show.  I was taken off guard completely by a scene on the small screen that was simultaneously heart-breaking and uplifting.  I had to hold my breath for what felt like forever to keep from bursting into tears while the two courageous HIV positive lead characters sang their asses off for an apreciative audience of rapidly declining AIDS patients.  It was powerful and anybody witnessing it would be painfully enlightened.

While the most emotionally touching moment I’ve seen on screen in a long time was unfolding, I knew I would need to reflect on it after taking a minute to cool.

Once I had a chance to unpack the emotion of that scene I could sort through my own personal reaction to it.   I realized that I had come to relate to people whose experiences deserved much more consideration and understanding than I had given them up until this point.  And I had always thought of myself as one of the good guys – an authentic progressive who has always been on the right side of issues relating to LGBTQ rights.  But that allegiance is more philosophy and politics than personal.  Watching those noble and complex characters live out real and specific hardships and bear burdens from which I have been spared only by accident of birth was tough.  My sorrow for them started to feel like genuine guilt.  I never thought of myself as privileged before but watching the protagonists of ‘POSE’ navigate a hostile world that they justifiably believed would rather watch them suffer and die than to help them live is an exposure that would move any man with a working brain and a beating heart.

In that instant I reflected on my own life and felt guilty for any part that I’ve ever played in advancing the culture of homophobia or hostility toward gay people.  For me that role has been confined to foul and insensitive language which I pretty much left behind once I got out of college and went to law school.  I suppose my language evolved as my conversations elevated – although I know that is not necessarily the case for everybody. Most of us who grew up in the 70’s and 80’s were socialized to call another guy a “faggot” the minute he pissed you off.

You didn’t even think about it from a sexual stand-point; it was just what you said when you wanted to put a guy down.  When we played football in the street one of our most popular games was called “smear the queer” where one guy has the ball and everybody else chases him and has to gang tackle him to the ground.  I bullshit you not.  We really didn’t know any better.  But that was then and we must surely know better now.  A show like ‘POSE’ has a positive impact on that social evolution – at least for those men who are willing to watch a show about gay characters that is not solely dedicated to laughing at them.   Back in the day we all watched the In Living Color skit “Men on Film” and got big laughs.  And while ‘POSE’ never shies away from the natural comedy of life, there are no skits and the characters are not to be laughed at.

It is easy to take for granted the impact that art has on American culture.  We get lulled to sleep by mainstream artists’ paint-by-numbers projects that invest every penny and every second in keeping the audience entertained so that we reward them with a return trip to the creative space they’ve carved out for themselves.  Little is asked of us as the viewing public as long as we come back.  So dramatic scenes that force viewers to stretch beyond their comfort zones are a rarity.   ‘POSE’ is an exception and I am thankful to its creators  for it. 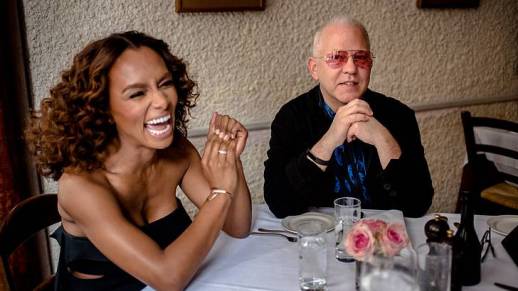 This is a show that America desperately needs right now- unlike the hot-garbage 80’s drug celebratory ‘Snowfall’ that FX is bringing back this summer.   The culture crisis in America today has been brought to a head by decades old culture wars that are aimed squarely at alienating people.  ‘POSE’ is an example of how art can rescue viewers from common group-think and from their own personal hang-ups at the same time.  Sometimes people just need to be exposed to another side of the human experience beyond our comfortable superficial representations.

People can become prisoners of their own experiences and that is a sure bet to short-circuit personal growth and social progress.   Most of us realize that this is largely what is ailing the nation these days.  So I really dig this show because it is giving me a chance to round out my own perspective and I didn’t even realize it needed to be.

The fact that it has contemporaneously created another active and committed supporter of a community that is still building on its base of reliable allies makes it even better.  If you don’t know what it is like to walk a mile in a person’s shoes, you can at least listen to them tell you what it is like with a clear mind and an open heart.  It will be life affirming for both of you.

2 thoughts on “Why Straight Men Should Watch FX’s ‘POSE’”