Let’s acknowledge up front that we don’t know and we will never know exactly how much the Russians’ interference in our 2016 elections helped Donald Trump beat Hilary Clinton.  That is a quantity that is unknowable simply because that would require proof of actual ballot box tampering and that is not a charge that has been credibly raised- not yet anyway.  This interference has been all about cyber-space propaganda to gin-up chaos and drive down turn-out.  That is no small affair but it is a far cry from hacking voting machines and changing ballots.  Conservative pundits exploit the lazy logic and partisan zeal of their audience and take the fact that we can never know specifically how many votes swung as a result of Russian interference as evidence that there was none.  Those are two very different conclusions but those who get their information from Rush Limbaugh and Sean Hannity have made a commitment to stupidity and an investment in delusion anyway.  For them, truth is defined by how much it upsets or offends Democrats.

Here is what we CAN verify as fact:  1- the Russians got involved, 2- they wanted Trump to win and 3- he won.  Only a fool would even bother denying those basic facts. And regardless of what happens with the investigations, the courts and the agencies designed to hold our elected officials accountable, those facts are beyond dispute.

But the most troubling question raised by those facts is this:  WHY did it work?  We may not be able to know exactly how much weight it carried relative to the other factors that influenced the election, but we do know from Cambridge Analytica whistle-blower Chris  Wylie that the Russians targeted racial hot-button issues to depress support for Hilary Clinton and suppress black voter turn-out.  It stands to reason that those issues would also have the inverse effect as well- driving up white voter turn out in some areas. 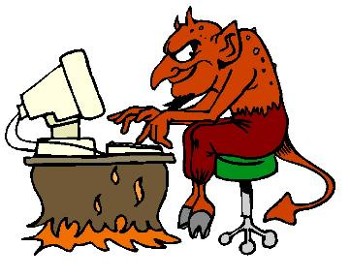 Here is what happened according to Pew Research Center:  black voter turn-out cratered in 2016, falling 7 percentage points below where it was in 2012.  That is HUGE.  Can it all be attributed to the Russian propaganda campaign on social media?  I doubt that, but it does not mean we can afford to discount it.  Falling from 66.6% voter turn-out in 2012 down to 59.6% in 2016 is a disaster.  And while it is nice to see that the black folks that turned out to vote were smart enough to go all in for Hilary at a 95% clip, it is devastating to see that there were 765,000 LESS of us in the game when the final electoral college count was swung by well under 100,000 swing-state votes.  A deeper dive into the numbers shows it was black men in particular who fell off in 2016 so this blame is ours.

Here is what it means:  the black electorate is still immature.  Apparently it needs to be excited emotionally to show up rather than motivated by civic awareness and electoral consequences.  That reflects a lack of maturity because stimulation is not always on the menu but your ass is always on the line regardless.  Because the black electorate is immature it is unreliable.  And because it was unreliable, it didn’t show up when it was needed most.  And as of this moment, the black vote has been thoroughly marginalized.

So grow the fuck up, black people.  Conservative pundits and politicians are feeling mighty comfortable right now in the knowledge that we are in a state of arrested development and will effectively hold ourselves back by sitting on our asses on election day.  They think the same thing about young folks but it is different for us for reasons that should be too obvious for me to put into words.

As they see it, we can have our vote suppressed with very little effort and then their reliable voters – old white men especially- can be counted on to turn out every time and put them in office to do whatever the fuck they want to do.  So we own this debacle in D.C. right now as much as anybody else- more even.  The Supreme Court that gave us Brown v. The Board of Education is probably going to reverse that decision in some measure in the coming years and it is all because we punked out when the fight was on.

There is still time to reverse course, but not much.  Every black man in America had better have his ass at the voting booth THIS November AND in November of 2020- regardless of where he lives.  And he had better bring anybody and everybody who belongs to him, too.  We have a lot to atone for after 2016.  We have been better than this before and we need to be again.  The math is simple: we show up, we win.  If we don’t, we lose.  Surveying  the 2018 landscape, we cannot be sure we will have another chance.