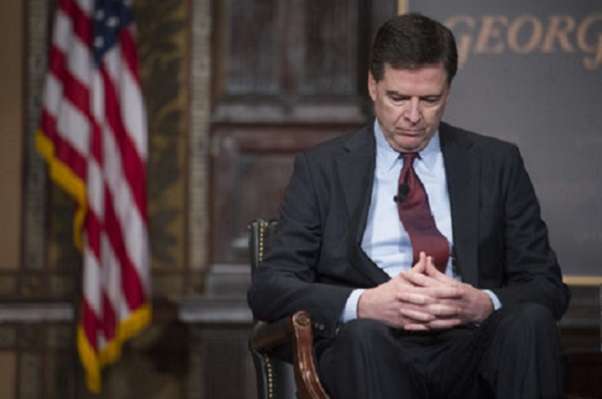 Mea Culpas still matter, my friends.  The case of James Comey and his recent interview tour is a graphic illustration of that point for those who still have the capacity for objective assessment.  It has become an article of faith amongst political journalists and pundits that he has become a man without a country.  Everybody hates James Comey – America’s new favorite scape-goat, sacrificial lamb and political whipping boy.  Republicans revile him over his refusal to provide Trump and his minions a safe passage through the Russian election meddling investigation as though he owed an allegiance to Trump rather than to the nation and our rule of law.  Democrats demonize him over his undeniably awkward (mis)management of public communications in the run-up to the 2016 election.  Many outright blame him for Trumps Electoral College victory over Hillary as though the 63 million people who voted for him and the 110 million people who didn’t vote at all had nothing to do with the (still) shocking result.

The good news is that this is one time where “both-side-ism” is not a cop-out but a legitimate analysis.  Both Republicans and Democrats are desperately wrong here and they need to get past their searing hostility toward James Comey.  I watched his interview with George Stephanopolous and the most important take-away of all wasn’t the pettiness about Trump’s cartoonish appearance in person or his disclosure about his loving family of women who were all Hillary supporters.  What was important was that he openly acknowledged that some of the criticism of his decisions was fair.  And he also acknowledged that he really didn’t know how to manage a situation that NO OTHER FBI DIRECTOR HAD EVER FACED BEFORE.  This kind of an honest assessment is unheard of in today’s politics and sorely needs to make a comeback.

The simple fact is people make mistakes.  And despite the Monday morning quarterbacks who have all the answers, all hell had broken loose in American politics that year and the stakes where both high and complicated.  Most players would do one or two things quite differently in retrospect.  Everybody except Trump’s campaign and his Russian supporters, of course.

There is no denying that Comey went way outside the norms of his position when he made his public statements about the Hillary investigation.  But he also admitted that he was worried about what would happen the day after the election when Hillary Clinton won as he and the entire rest of the world expected.  He was worried about the impact of a presidency rocked by a scandal from the moment of its birth.   And he was worried that it would be the fault of the agency he was responsible for leading.  That is a legitimate fear – one that no other person in his position has had to worry about.  He mishandled the situation but I don’t assign any intent or malice to it. 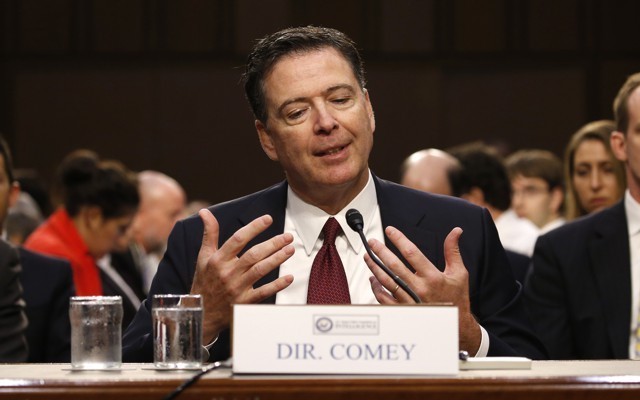 The vitriol aimed his way is the type that should be reserved for the player on your team that shaved points for a gambler to manipulate the point spread not for the guy who just dropped a ball he should have caught because he panicked.  Those are two entirely different realities.

It is more than fair for Democrats to have been pissed off at James Comey but it is also a crock to blame the loss on his poor management of a situation that nobody else had ever faced before.  It is very convenient to lay the loss in the lap of a lifelong Republican head of the FBI when the fact is that the race was far closer than it should have been that late in the game anyway.  I spent many of my formative years in the Midwest – right in the heart of the Big 10 – and NOBODY who knows that region had any business buying into the mythology of the “Blue Wall”  that was supposed to be a Democratic firewall against defeat.  Those of us who have personal knowledge of Michigan, Wisconsin and Pennsylvania would’ve told you it was risky for Hillary to have such a light foot-print up there based on the racially divisive campaign Trump was running.  In fact, one of the most famous liberals in America DID try to deliver that message to the world.  Michael Moore, native of Flint, Michigan started sounding the alarm in the middle of the summer of 2016 about his fear that Trump would carry our beloved state.  And mostly everybody laughed at him.  But those same people who were laughing then were crying on election night.

So no singular factor is responsible for the outcome of the election no matter how horrible it was and how powerful the reflex is to find somebody to blame.  If you were one of the nimrods who believed the hype and voted for Trump, its primarily your fault.  If you were too lazy and disconnected to get off your ass and vote, its your fault.  For folks like me who voted for Hillary, we should have had greater urgency and grabbed two or three people and dragged them with us on election day so we’ve got some fault in there, too. If you were consulting for Hillary’s campaign and ignored Big 10 country until the last week of the campaign then its on you, too.  James Comey was just a public servant who choked under pressure.  He lost focus and missed his free-throws.  It happens.  He has been reasonable, rational and accountable in the after-math which speaks well of him as a man.  Here’s my suggestion:  everybody get off Comey’s back and get off your ass and do what you can do to get Donald Trump and his tabloid trash team out of our White House.  Because if he gets re-elected after the disgraceful display of self-dealing and incompetence we have seen we will truly have nobody to blame but ourselves.