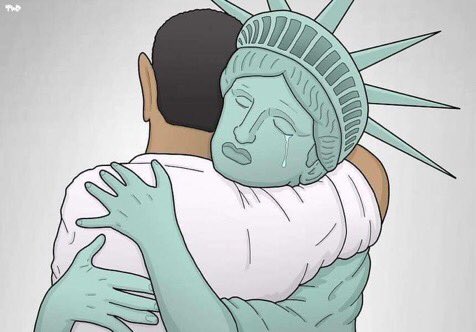 We have to learn how to disagree in the 2018 season of American Politics.  We suck at it right now and its really a problem.  If we don’t solve it soon we are done for.  We will be so distracted by trifling matters and bullshit narratives that we won’t notice when the only thing America leads the world in is military might and national debt.  And we don’t want to be there because then we will be just one more bad president away from becoming a rogue state ourselves-  and we can’t go out like that.   I’ll confess here and now that I have done my share of throwing verbal fire-bombs on this blog.  Even though I know I’m right on the facts and that my motives are so pure and true they could withstand the judgment of Wonder Woman’s golden lasso, you can’t expect people to be persuaded if you keep telling them to go fuck themselves. 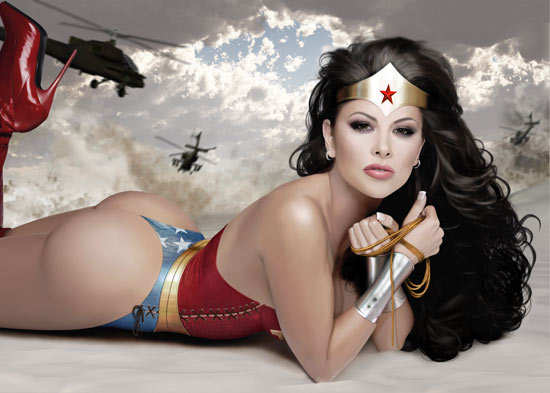 I invest several hours a week consuming conservative media.  It’s painful, brutal and taxing but I do it because I consider it my professional obligation to know what they are saying on Fox News and on A.M. radio.  The opinions I offer in my progressive Op-Eds must be informed opinions to be worth anything.  And they won’t be if I don’t discover first hand what Rush Limbaugh is telling his audience.  When you dig the fact that this guy is the most singularly secure and influential voice in all of conservative media, you are flying blind if you don’t tune in regularly.  Simply stated, conservative politicians and conservative voters kiss his ass, do what he says and apologize to him if they step out of line.  Trump doesn’t even have it like that.   It is a part of the conservative culture to lionize a figure that way so there is no progressive or liberal media figure of similar stature to counter the phenomenon of his influence.  So we ignore him at our peril.

While I was attempting to take my dose of Rush’s show earlier this week my brain just went into shut-down.  I had to cut it off and put on my Frankie Beverly and Maze CD to calm my soul.  After listening to this man with no formal education  beyond high school call President Barack Obama “stupid” or “dumb” about ten times in the space of five minutes I’d had enough.  Normally my anger reflex is front and center and absorbs the bile he spews and I’m no worse for the wear.  I’m used to being pissed off listening to Rush Limbaugh lie, twist truths, contort facts and conflate issues.  But this time I felt sick- like my brain needed to be hosed off.  He was like the frozen concentrated version of himself and it was just way too much.

It occurs to me that I felt sick because we actually live in a society where people are so blinded by partisan hatred that they could actually formulate the thoughts and speak the words that “Barack Obama is stupid.”  I realize that the conservative world was set ablaze by that “insider” book that was released a little while back purporting to reflect a behind the scenes view of Trump’s White House.  The book contained scathing accounts and withering criticism of Trump’s intellect and his grasp on the role of president.  Even still, what does it say about a person who could actually advance an argument that Barack Obama is dumb?  This man is special to America and to the world in a way that is deeply personal for billions of people.  You cannot touch so many so deeply without an exceptional set of gifts- among them being a rare intellect.  When you talk that ugly shit about him, you are setting the table for a fist fight.  A rational discussion is completely out of the question.

I’m going to give it to you straight: if you think Barack Obama is dumb you are a stupid fuck- just like the stupid fucks who still struggle to acknowledge that the man was born in Hawaii and not in some unknown location in Africa.   You can disagree with his policies all day long but for God’s sake if you can’t acknowledge a man’s objective and undeniable value then we just can’t ever talk, we can’t get anywhere, we can’t solve a problem and nothing will change.  And that sucks because there is a lot of work to be done for America to be all that it is meant to be.  I am fiercely partisan but I clearly understand the difference between constructive critiques and destructive criticism.  And it takes evolved insight and composed maturity to offer the former and little more than blind emotion to deliver the latter.  The Rush Limbaughs and Sean Hannitys of the world are driven by nothing but blind emotion- the same kind that a small child or even a domesticated animal can express.  That is the reason why they have fostered such open hostility amongst conservatives toward “elites” which is pretty much code for formally educated.  They hate it because they can’t hang with it. 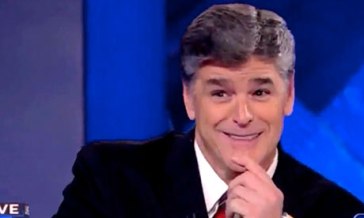 But here is the deal:  Out of respect for President Obama and his “Purple States” speech of ’04 I’m leaving the light on for anybody out there who got caught up in the  perfect storm of celebrity hype, cultural tribalism and our broken binary political system and voted for the national disgrace that is now President Trump.  If you want to find your way to higher ground, then you and I can be down. But here is my one rule- my uncompromising position and deal-breaker:  I invite your disagreement but reject your disrespect.  So if you can articulate why you disagree, maybe we can work something out- or at least just amicably agree to disagree.  That’s what elections are for.  But you must understand that your disrespect is a disconnect- and the results of that disconnection will be bad for everybody.  They always have been.  We have rarely seen it as clearly as we do now.   People, pull yourselves together while there is still time.

2 thoughts on “THE DEATH OF DISRESPECT (Strong Language)”