There are two distinct factions of conservative operatives who put Donald Trump into the White House and now they are in a bitter brawl over control of conservatism and the government itself.  That brawl is getting uglier by the day and blood is about to spill in D.C.  The so-called “alt-right” and the reviled “establishment Republicans” joined forces to give Trump the electoral college numbers he needed to slither through the White House back door like the fat venomous snake he is.  In recent news cycles, retiring Republican Senator Bob Corker of Tennessee has been openly attacking Trump in nearly every way imaginable and Trump, true to form, has been up for the Twitter slap-fight.  And during the very same news cycles former White House senior adviser Steve Bannon has declared open warfare against all Republican incumbents who do not kiss his Breitbart ring and swear to oppose Mich McConnell as Majority Leader. These are big developments and progressives need to be watching closely. 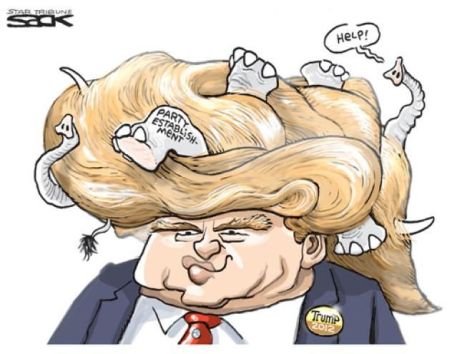 Let’s be clear that the “alt-right” and the establishment share the blame equally for the dumpster fire that sane Americans have been working desperately to put out every day since Hillary conceded the election. All of them looked and sounded pretty much the same to us during the campaign as the primaries put them through their paces.  But the distinctions are important and they started to show up almost immediately after the election was over.  David Duke is the highest profile white supremacist politician in modern American history and he issued a simple and stern warning to Trump after his victory: “He better remember it was white people who put him in there.” Nobody is surprised that subtlety is not David Duke’s strong suit.

Nor was there any subtlety in the Neo-Nazi post-election celebration dinner at a popular Washington D.C. Italian restaurant that got so rowdy that the metro police had to be called to eject the crowd of young white men throwing up the Heil Hitler salute in a space normally occupied by D.C. lawyers, lobbyists, housewives and personal assistants. While all of the sound and fury was sizzling and popping on the alt-right side, the

establishment played the perpetual D.C. parlor game of denying and deflecting when it came to Trump’s embarrassing conduct and his KKK/Neo-Nazi cheering section.  They have done that denial dance until it don’t move- responding to any pointed questions about Trump with “I won’t dignify those questions with a response”; “I have not heard what the President said”; or “The American people don’t care about what you media types care about, they care about (fill in any bullshit issue you like in this space)”. 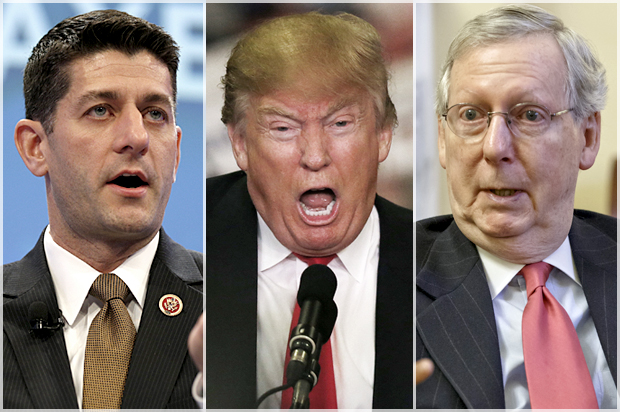 The problem is that now the red-necks that had been running around in the backwoods or hiding in the underground bomb shelters have invaded civilization and are expecting a big payoff from the establishment since they helped to deliver complete control over all the levers of government.  And they are right to have great expectations because the alt-right gave the establishment the fuel to win where they needed to win in Michigan, Pennsylvania and Wisconsin- the region formerly known as “The Blue Wall”  where they had not won in decades.  My man Michael Moore tried to warn our smug asses that this was coming but we didn’t listen- but I digress. 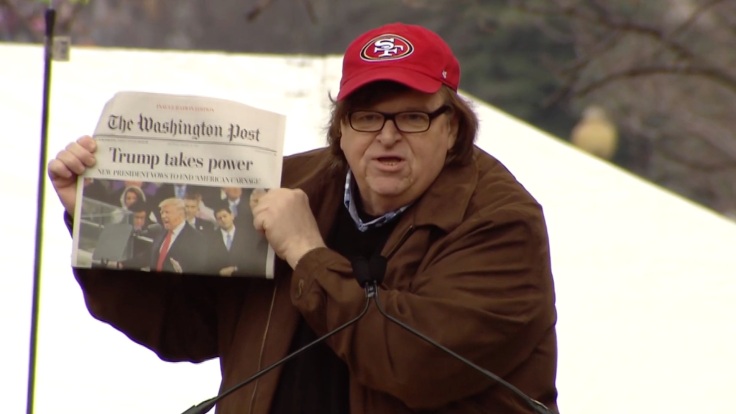 Tensions had been building between the two factions since before the inauguration but when the last effort to legislatively erase “Obamacare” collapsed without a vote on the Senate floor the war broke out into full public attacks.  After seven years of non-stop campaigning on killing Obamacare the establishment could not deliver and the nut-jobs of the alt-right went ape.  They didn’t have far to go but that’s besides the point. They were promised that the stains left by that n*gger who stole the election- twice- would be washed away and they weren’t.  So SOMEBODY’S got to hang for it.  And now the political guerilla warfare is wreaking havoc in the annals of GOP power and it is hard to tell who’s pulling the strings and who’s dancing.  How it all shakes out is anybody’s guess.  But one thing is for certain, there will be major casualties of this war. 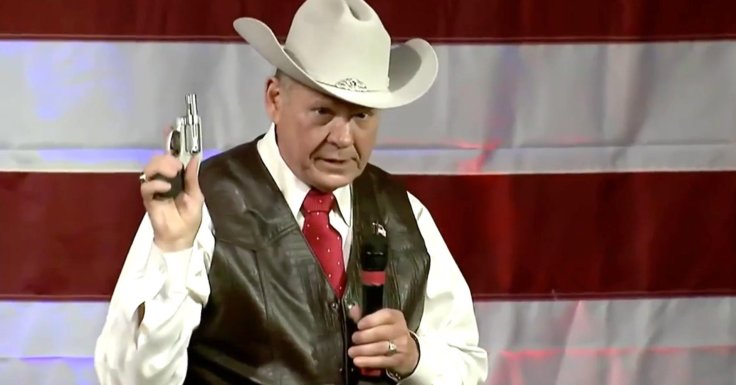 So if you are a pissed off progressive political operative or voter you should be delighted with all of this, shouldn’t you? The old adage that the enemy of my enemy is my friend can be very comforting at a time like this.  But it can also be dangerously deceptive. If you are the guy standing on the side watching a fight between two combatants you hate, you can be lulled into a false sense of security. Plus it has to be entertaining as hell to watch somebody you hate getting his ass kicked no matter who’s doing the kicking.  It makes perfect sense on a surface level: if two of your enemies are in an all-out brawl, one of them has to lose.  Therefore one of your enemies will be vanquished without you having to lift a finger, right?

Not so fast my friends.  In this case, the all-out electoral war that Steve Bannon has declared against the Republican establishment, namely Mitch McConnell, Paul Ryan and every name brand G.O.P. incumbent on the ballot in 2018 and 2020 reflects something very dangerous for Democratic voters: Our enemies no longer see us as a threat and believe that whoever wins their side wins the entire ballgame by default.  In effect they are leaving us for dead. 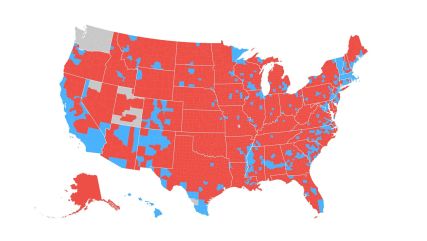 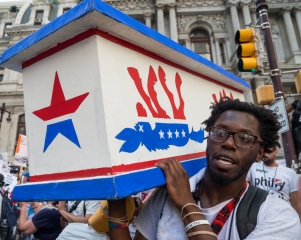 Neither Steve Bannon nor Mitch McConnell give a fat rat’s ass about what Democrats are thinking or doing.  Despite their own pathetic limp-d*ck legislative performance since Trump got into the White House, they see themselves as far more potent than we are. Mitch McConnell only pretends to fear us in the upcoming elections as a motivational tool to turn out Republican voters in hopes of beating back primary challenges.  As the leader of the establishment he has just as much interest in squashing upstarts to his right as in outpacing the opposing party’s nominee.

If we don’t dig the fact that no matter how ridiculous the conservative right looks and sounds right now, we look far worse because we are posing no meaningful threat to them.  We have settled into the old role of the loyal opposition.  How progressives managed to become stale and old is a mystery because both of those descriptions are antithetical the the core ethos of progressivism.  I am all about women taking the political lead in the post-Trump era but it just looks bad when our best ass-kicker on the stump is Senator Elizabeth Warren, a 68 year old woman who was teaching at Harvard just a few years ago.

Progressives better find our nuts and guts and get ready to take down conservatives while they are looking past us.  They really think that these jive-ass culture wars will insulate them from their failure to actually govern effectively- or govern at all.  And if we lack the brains and balls to wage our end of this political war effectively, they will be proven right again- no matter which side wins the war they are fighting amongst themselves.