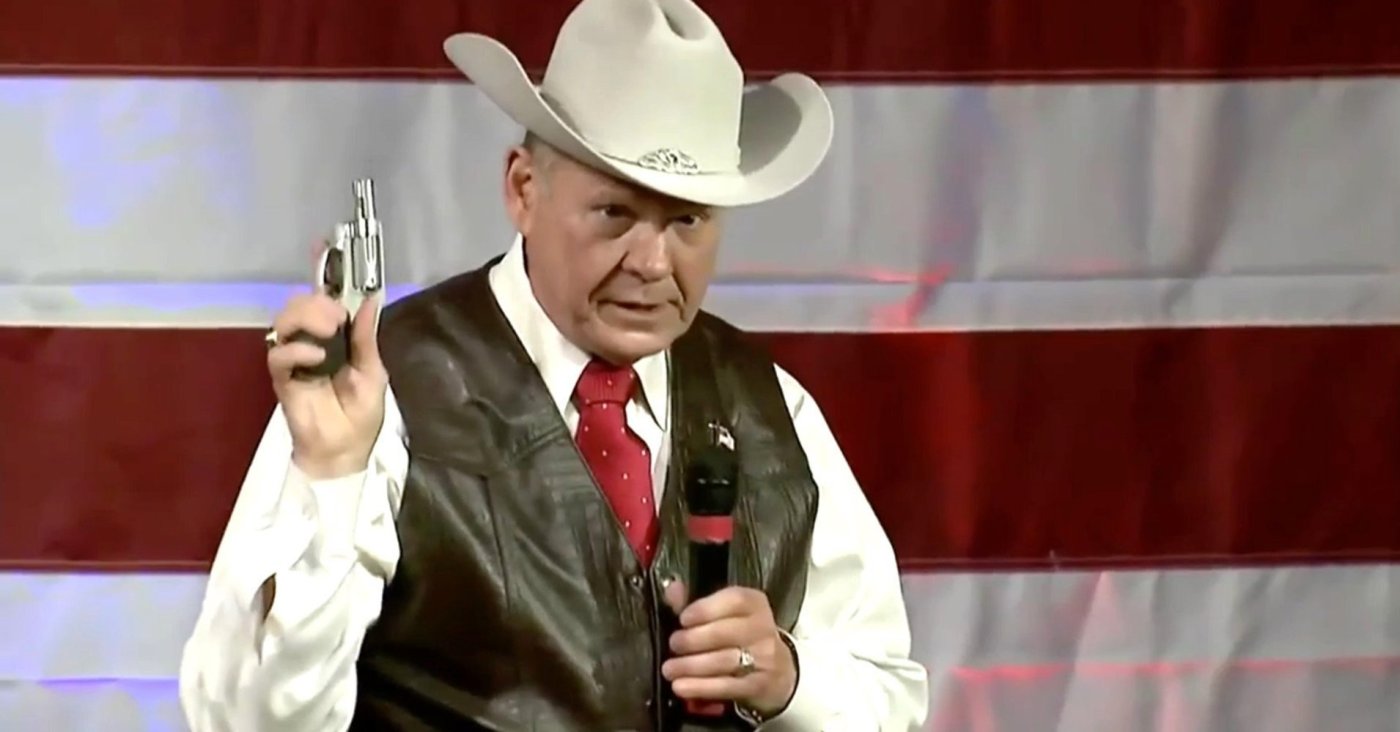 The Progressive Express posted this piece 30 days ago when the news broke of Roy Moore’s history as a child sex predator.  We predicted the election outcome that day.  Judge our accuracy for yourself. – DVH, Esquire

We need to clue in closely to what is going on in American party politics in the Post-Obama Era.  The time for playing around has long expired.  When we had him in office we felt so good about him and about ourselves that we underestimated the danger emerging right under our noses.

The bottom line is that The Obama Presidency drove conservatives crazy and it has now showed up in some astonishing ways that could do lasting damage to our country.

But none bigger than this: Alabama Republicans are so committed to their party affiliation and tribal identity that they are going to elect a child molester to the United States Senate.  That sounds like something from a Robert Altman or Tim Robbins political satire or dark comedy but that is the reality we are all living in today.  I’m taking all bets that despite being outed as a pedophile this week Alabama is electing Roy Moore to the Senate.  I’ll send my kids through college on the money I’ll win.  Our nation has been further embarrassed and exposed by this debacle and we are taking some serious blows on the world stage.  We need to brace ourselves and plan how we are going to recover after we survive this battle and win the war for America’s soul.

The most bitter pill to swallow is this:  A nation that would allow a child molester to serve in one of its highest offices is no longer striving to become its highest self.  It has given up on being what it has always claimed it was aspiring to.  A nation that lets a child molester get his hands on the levers of power has devolved into a chaotic moral apocalypse were the only value that matters is the possession of power.  We have a two party political system in place and one of the parties has just quit observing the basic rules of engagement and decency- and they keep getting rewarded for it.  If you doubt the gravity of this dynamic I have five words that will set you straight immediately:  Supreme Court Justice Neil Gorsuch. 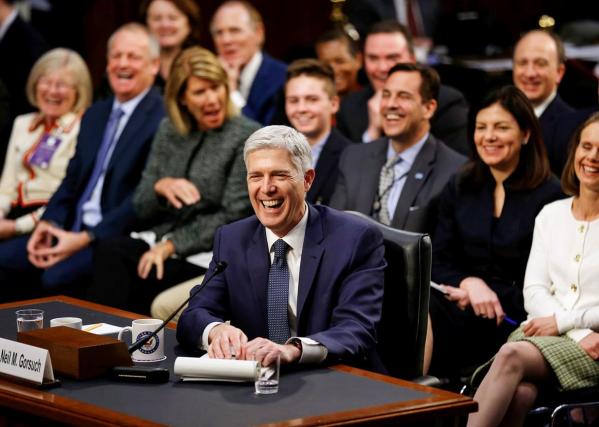 America’s Supreme Court is now an illegitimate body because the Republicans hijacked it during President Obama’s final year in office- refusing to hold a hearing on his nominee for the high court after Justice Antonin Scalia died.  This was a flagrant violation of every constitutional principle and governing imperative that America has.  Senate Republicans just made up some new bullsh*t they called “The Biden Rule” in a shameless, disgusting and lawless power grab that could wind up bringing back-alley abortions into the mainstream of American life in the next year or two.

Roy Moore is only a manifestation of the problems we are facing right now that we desperately need to confront.  For starters, Roy is an avowed Theocrat- which is entirely un-American at its core.  The fact that Alabama Republicans love that about him is deeply disturbing and progressives need to be prepared to take up arms- figuratively- to keep people like that away from all seats of power.  Those fools are batsh*t crazy and they have a nasty habit of getting into the most disturbing sex scandals we’ve seen.  And before any conservative comes at me with one of their bullsh*t false equivalency arguments I’ll just hit them with this:  for every Anthony Weiner and his nasty little sexting case, I’ll give you at least three all-star pedophiles with an (R) next to their name- starting with child rapists Denny Hastert, Mark Foley and Josh Duggar.  So they can try and sell that bullsh*t someplace else.

The main point is that anybody who thinks that we should be governing our country based on any set of religious beliefs is an ill-informed know-nothing at best and an evil-despot at worst.  Most people of that persuasion fall somewhere in-between.  Remember that Roy is the Alabama Supreme Court Chief Justice who refused to uphold the Supreme Court’s recognition of marriage equality for homosexuals because The Bible says it is wrong.  So this is a state judge that ignored federal law and two long-settled principles of the Constitution in favor of some biblical scripture- and now he’s going to the United States Senate.  We need to be actually attacking these people politically on the basis of their so-called “faith” rather than letting them build momentum off of it and wind up where Roy Moore is right now- foul, filthy and on the verge of being sworn in to our Senate where he can do more damage than most of us realize.

The second problem is this:  Having read the entire Washington Post article on Roy Moore’s sexual engagement with a 14 year old girl in 1979 it is obvious that he is a pedophile and a pervert.  Any rational person reviewing those facts would characterize this man as a child molester.  But isn’t it an even bigger problem that in half of America 16 is the legal age of consent?  Most of the article that exposes Roy for his preference for pig-tails, also details a lot of activities that are not even illegal.  Sick and twisted yes, but illegal no.  So all of his sexual engagements with teenage girls when he was a District Attorney in his 30’s may have been awful, but almost none of them was unlawful.  That’s a problem that we need to have solved a long time ago- like many others.

The main point is that there are real structural, legal issues that progressives need to be attacking at a ground level and leading the nation on.  We cannot allow conservatives to frame political debates anymore when they have proven that they will endorse and elect a man that as a 32 year old lawyer had sexual contact with teenage girls regularly.  And here is where those real structural, legal issues are going to play out and hit us HARD if we don’t hit them first:

If you will vote for a guy who screws little girls, why won’t you screw with voting machines? 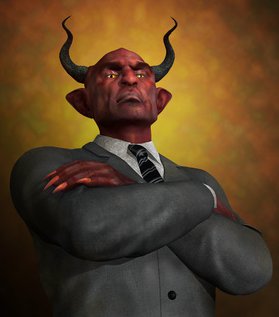 Why won’t you look the other way while hackers wipe clean the servers that record and control the voting apparatus in your state?  This actually JUST happened in the 6th District of Georgia- where the Progressive Express is housed- and it barely made a ripple on the national scene.  The Associate Press and Slate.com is about as far as it went and here is what they reported:

Georgia destroyed election data right after a lawsuit alleged its voting system might have been hacked.

On July 3, state voters and a good-government group filed a lawsuit alleging that Georgia officials ignored warnings that the state’s electoral system was extremely susceptible to hacking.  On July 4, Georgia Secretary of State Brian Kemp’s office was alerted about the lawsuit by the press and declined to comment. It received a copy of the suit on July 6.And on July 7, Georgia officials deleted the state’s election data, which would have likely been critical evidence in that lawsuit, the Associated Pres,s reported Thursday.

And there have been no consequences or repercussions for Georgia election officials either.  Just a “Whoops, we’re sorry we can’t show you the information that we are required by law to preserve, protect and display on demand for twenty months after an election is certified.  Our bad!”

Progressives need to wake up.  These people have shown us that they will truly do anything.  And by do anything I mean ANYTHING: elect a child molester, tamper with voting machinery,  suppress the vote, tamper with a vote count, collude with foreign interests, conduct smear campaigns and anything else we can imagine.  When Alabama Republicans came out in favor of Roy Moore after the news broke this week, they officially sold their soul to the devil for political power.  And when someone has sold their soul they have nothing else to lose and become very dangerous.  We better adjust our minds and hearts accordingly: The war between good and evil is on.  That is the ultimate lesson.