It’s time to pivot to solutions because the problem is crystal clear.  The verdict is in and I get it.  Men suck as a species and we are well behind the evolution curve.  Barack Obama is who we are at our very best as demonstrated in 2008 but, of course, we had to follow him with choosing Donald Trump in 2016 who is the very worst reflection of where we stand as a group.  So it is rather obvious that American men have a lot of work to do.

Our cover has been blown and at least half of us are going to wind up unemployed, unemployable or at least damaged goods by the time this sexual misconduct purge peaks and eventually subsides.  That is absolutely going to happen and its just a matter of letting nature take its course.  I’m a lawyer by training and formerly by trade and I can already smell the litigators circling. This is going to be even better for them than the ADA non-compliance explosion. The courts are going to be clogged with sexual harassment suits and their mediators will be busier than one-legged tap-dancers until our first woman president has served out her second term. (Hear that, Senator Warren?  That means you.)

As a man who entered the workforce at the end of the last millenium, I am sure that I have done or said something somewhere along the way that I thought was innocent and meant no offense by that turns out to be a class C felony.  I’m waiting to take my turn on the whipping post and when the time comes I’ll just offer a sincere apology and then take mine like a man- like Denzel in Glory. 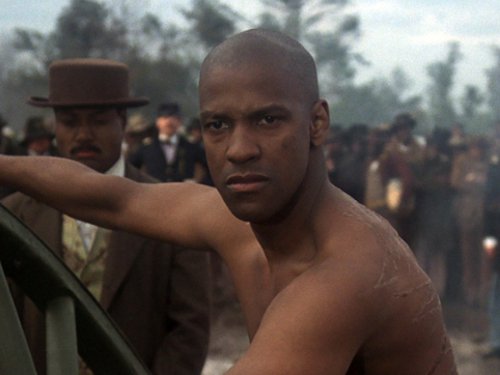 And just like the valiant and proud runaway slave turned Union soldier that Denzel played, the painful experience will surely expose the fact that the internal scars are more painful than the ones that show up on the flesh.  The simple truth is that for a man that really meant no harm by an inappropriate comment or act, it is harrowing to discover that you are seen as being in league with the likes of Harvey Weinstein and Bill O’Reilly.  That is a heavy burden and hard to get over.

But after the whippings are over and the healing begins I think I have a simple solution to eradicate the scourge of widespread sexual harassment in one big shot for good:  kick open the doors.  That’s right:  take down any doors in our workplaces that are not absolutely business essential.  Why do we do so much business behind closed doors in public spaces in the first place?  And why do we do any business at all in private spaces behind closed doors anyway? It is time to kick the damned doors open for good.

We pretend that it is so hard to do but it really isn’t hard to just do our work in work-places and play in play-places.  And we can construct work places that act as a significant deterrent to harassment almost like child proofing a house before a toddler comes over for a visit.  And before anybody tries to come at me on confidentiality and legal compliance issues, be advised that I spent more than a decade as a compliance officer and consultant so there are dozens of ways to meet those legal requirements without having the same kind of door on an office that I always close when I’m about to do my thing after a date.

If you want women to feel secure about taking private meetings with men, how about never having the door closed?  Or even installing a glass door?  Or how about removing the doors altogether?  Or ideally why not opt for a wide open floor plan or workspace set-up where available?

Yes, I know: there are some discussions which require total privacy.  That is perfectly reasonable.  But are those discussions really that frequent in a purely professional setting?  Isn’t it just as important to cultivate a workplace where discretion is both favored and expected over a workplace where the secrecy of a “behind closed doors” culture rules?  On the occasions where privacy is truly essential for a live, in-person, real-time communication then a designated conference room can do the job nicely.  And for meetings of that caliber it makes all the sense in the world for a third party witness (HR personnel preferably) to be present anyway.

Our workplace is capable of amazing changes so it’s not like we can’t do this and have a completely transformed workplace culture within a decade.  It used to be acceptable- even cool- to smoke in the office.  Drinking was commonplace as well.  Now doing either will get you ousted from a great gig faster than you can say “Bill O’Reilly paid a $32 million dollar sexual harassment claim!”

So let this be the opening salvo to the phase where we shift our focus to solutions rather than just continue to solely amplify the problem.  I know it is a part of the process but let’s at least make an effort to add a little balance here.  And ladies: if you happen to be an actress and your agent sets up a meeting for you with a producer in a hotel room, your agent is a pimp, the producer is a “john” and I would like to assume you’re smart enough to know what role you are being cast in.

So when I come down off of that whipping post, those agents had better be heading up there for theirs, too, sniveling and simpering like the cowardly sycophants they are.  Evidently the “johns” are getting theirs first so at least that’s one thing we are getting right in the process of this purge.

One thought on “FINALLY! Here Is The Solution To Sexual Harassment At Work (You’re Welcome)”